Home, as delivered at the Blue Elephant Theatre


Better voice variety does add, I think, but the body movements I made were not bad either, at the Blue Elephant Theatre in London, as I can remember from the people laughing, then.

Plauing out some more then the first time, I told it with my 'suitcase' did bring more laugh there. Yes, all is important finally in a told tale.

Home is the Theme for all of us. I was ten year old when the war cought up with me, is the tale I am asked now to repeat again, elsewhere.

I told this first at the Spark London event at the Cafe Canal Theatre, then at the Soho Restaurant and then the Blue Elephant Theatre. Next, probably will be Manchester
by Julie Kertesz - me - moi - jk at 7:53 am No comments:

With my grand children 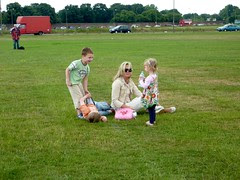 Communication with my grand children.

I did put a special effort to bring half baked bred that they did finish baking, then we eat it together: they loved the fresh baguettes.

Then, I listened and looked to what they wanted to do, and finally participated in it: they were so happy to teach me how to do and so happy when I did also succeed - even if not as well as they did.

Finally, for the first time for long, not only did they come to kiss me before I left but did agree that next time they wil be coming to my place. "Prepare a jelly! Popcorn too? Yeees!" Next time, we come!

Preparing for it, listening, speaking a bit quietly when needed, participating, and all went better then last times.

ps And of course, that picture is not of them, they are a lot more grown up by now, 10 and 11 already. But today, I am a bit more confident in my communication competence.
by Julie Kertesz - me - moi - jk at 6:14 am No comments:

A busy week ahead

Today, I am taking "only" the role of a grand mother, but do believe me, at certain ages of the children, it does not become easy to Communicate with them. It was a lot easier as they were small kids.

So, I'll have to try to tell stories they still like to hear, and be open to really listen when they want to speak.

Tomorrow, probably I will go to the Photogroup presentations at Goldsmith's University, listen to others this time and see if I can find a place on anyone's project.

Another place where great Communication skills will be needed. So far, no one wanted me in their project nor to come in mine.

Wednesday, Lewisham Speakers will meet at the Lockeber Hall and I hope all speakers who wanted and promissed to come will be there, another exciting meeting of Toastmasters, with two Icebreakers, first time speakers and two advanced speakers.

It will be sure an interesting evening, but I have to use the free time there also, to make sure two weeks later all speakers programmed are ready to do so and if not to ensure who will speak instead.

Thursday, the most difficult perhaps, I will go to a friend Toastmaster club nearby and give my first Powerpoint or Keynote presentation, at the same time as Informing about what is awailable if one decides to Step out of the safety of our own clubs.

As an example of difficulty and for me to reallize the cultural gaps when you arrive in another country, I made a slide with me afraid and the words: Me? Out? only for some nice English telling me as I asked opinion if I wanted it to sound "sexual" because if not I have to put : Stepping out? at least.

How could I have dreamed, known, understand that OUT has many meanings? other then outside... or is this also some double sens word?

Friday, again the children, Saturday a dinner with neighbourghood people and of course again, communication skills necessary, then Sunday - a great outing.

The 20th of June 2 pm, Toastmasters from two central clubs and some from others will be at the Hyde Park Speakers Corner, out in Public! Last year, I did participate to something similar there, it was great fun!
by Julie Kertesz - me - moi - jk at 12:36 pm No comments:

A doll and the second world war

Yesterday, I told a personal tale at the Blue Elephant theatre, about how the war cought up with me when I was ten years old. I already did publish the tale here. That is the third time I tell it, and each time, after it some new ideas arrive to me, about my life and the surroundings then.

Each time I suceed to touch the audience, begining to tell about how angry I was that my mother did not let me take by big doll with me when we had to go away fast, in an hour, to save our lifes. The doll connect me with the audience, and also showing the anger I still feel after all those years to have to leave my dear doll, my sleeping fellow behind.

Through a smiling detail - and I forgot to tell that I know now why my mother did not let me take it then, - we can make the audience connect with very sad and bad old happenings, and bring them to life.

One of the other tellers, told me also that he liked how I went round and come back to the doll towards the end. That is of course, another good technic to use. But even more, trying to be there, as it was just happening. I think I did succeed.

I decided to tell the same tale at my Toastmasters club too. The Lewisham Speakers club, perhaps in July and also at the Meridian Speakers Club in Greenwich. I already finished, my Storytelling Manual projects, speaking mostly due to Matt Collins Vice presient of Education at the Meridian Club, at that club, he gave me the oportunity to tell my tales. But, in the Advanced Toastmasters Manuals it is said to Repeat as many times as we feel it is useful our Manual Speaches.

That is what I will do,

Instead of rushing ahead, telling that tale of the ten year old child who had to leave her doll behind. Who found a year later her doll, again, but not her cousin who never arrived to have, like her, to become really eleven year old.

Using feelings that are universal works well, this time, yesterday, I empasised even more my joy that I was suddenly promoted from 10 years old to 11, and it did touch wonderfully the audience. They too, in their childhood wanted to grow up faster.
by Julie Kertesz - me - moi - jk at 7:13 am No comments:

Podcast ; The news from the Lake Wobegon

It was last year that my daughter made me listen the first time to Garrison Keller, she has some of his tapes, and I was delighted by it, and wanted to find it again, listen to him speaking, telling his stories.

From story to story on the web, this morning I found his YouTube link then podcasts. I like more his podcasts then the one when we can actually see him. Here I collected some of them for you to choose, to look or listen, then find your own or think about what does make his story and storytelling's charm.

Aug. 23, 2008/ the news from lake wobegon
Sept. 6. 2008 and so on, he begun longtime ago and still continues and one can find free podcasts but even buy some of his casettes or cd collections from Amazon
by Julie Kertesz - me - moi - jk at 7:25 am No comments: