Not completely by mistake

as recorded and edited by me - it has to be a bit different if one is only listening! I did not know how humorous it can be until I told it!


Mistaken Identity recored by me.mp3
With Spark London; Café Canal Theatre, 1st of November
by Julie Kertesz - me - moi - jk at 11:03 am No comments: Links to this post


Saturday morning workshop, before Dublin's fall Humorous & Table Topics Contest
A great speech from which all of us can learn that I recorded live.

Eric Fitzpatrick who tells us to our delight about the steps to create a great speech, has been a member of Toastmasters International since March 2004.

Eric is a member of the Glasnevin Club in Dublin and has held the roles of VP Education and Club President. Eric is a Competent Communicator and then, as me, become Advanced Leader Bronze. Eric is currently the Area Governor for Area 26 in Division C. Eric won the Division C Speech Contest, so he does know what he speaks about.

Eric lives in Dublin with his wife and daughters : he wrote me that he joined at the beginning the TM to be able to speak... in his family!
by Julie Kertesz - me - moi - jk at 10:36 am 2 comments: Links to this post

Email ThisBlogThis!Share to TwitterShare to FacebookShare to Pinterest
Labels: t 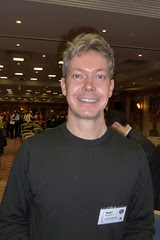 Keynote speaker was Sean Kennedy - what a wonderful inspirational speech did he give us!

He used snippets of videos of young boys and girls while staying at the side for us to absorb them and let those speak, from time to time instead of him.

Yes, when used wisely, small parts of videos compliment the speech and make it more compelling.

At the Humorous contest all 8 were great, but of course each of us had their own preferred. I liked a lot that at this contest, the women instead of trying to imitate men remained very women-like and warm and the men did not hesitate to poke fun of themselves. 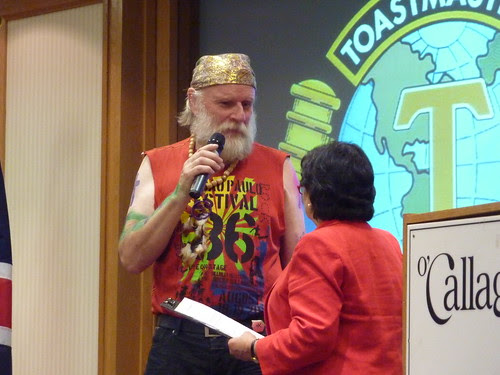 He did win the first prize of Humorous Contest - but all were great actors, I felt more then speakers this time. 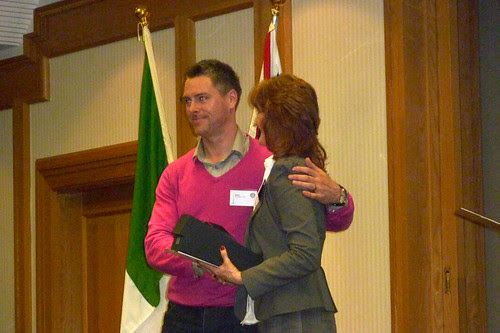 And the Table Topics Contest Sunday morning was won by a London Toastmaster, David, here showing me his prize proudly. 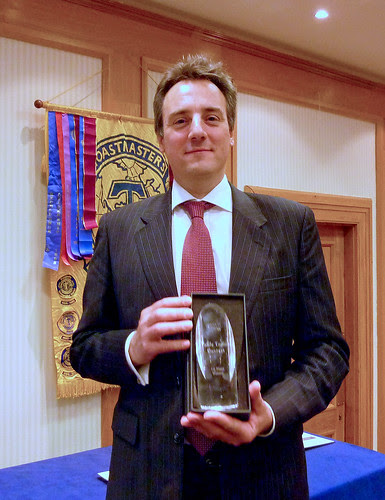 But the second & third prize winners were also happy! 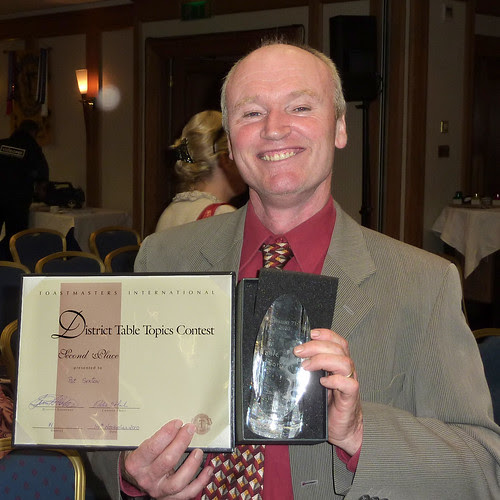 Between so many good speakers it was not easy to have a prize but in my opinion already to have arrived to this level was wonderful!
by Julie Kertesz - me - moi - jk at 7:34 am No comments: Links to this post

From Ted.com : "And if this principles does not work; I will find others"

Observe also how the pictures add to the speach
by Julie Kertesz - me - moi - jk at 2:15 pm No comments: Links to this post 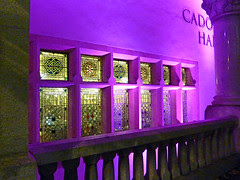 The concert was interesting.

But the lesson I learned from it, unforgettable.

I learned how to let the audience applaud, how to bow and accept it gracefully, instead of running out of it as I did Monday.

What a presence too!

And he come also in with such sure steps, and a slight bow then on - let the silence come it, let people wait a bit, then begin. Pace, intrigue.

A great lesson in presentation!
by Julie Kertesz - me - moi - jk at 6:42 am No comments: Links to this post

I was stunned to see how automatic came the face and arm movements and also quite happy with the pace and rythme of voice as its variety.

So much more expressive when you see and not only hear the voice!
by Julie Kertesz - me - moi - jk at 7:29 pm No comments: Links to this post

I had to return to Paris from my 3 years at the NIH near Washington DC.
‘We do not have often demands for chemists.’ I was told.

Finally, one nice older man told me ‘sit down, forget your PhD in chemistry and 7 years of Research: what else you can do?’

Between others, I told about the new learned skill of using a computer and some basic programming. ‘Yes! We do need someone to teach beginner computers to Companies”
It was well paid, but by they gave me very few hours.

Thus went my chemist past from which this tee shirt remains only.

One of the owners of a cloth distribution company, told me: I do not want to be taught, make me an Invoice Program on my new Apple computer.

It took me five month, but finally it run also I never become a good programmer. But to my surprise, two years later it still worked!

The same man created an Apple Club of Paris, to entice me to teach for free, he named me  its Vice president and printed me even business cards. we were ten: a President and three VP,

A month later, I went to visit my daughter, still student in Washington the an Apple Club in Washington had not 10 but 1000 members. Its president asked me to visit and showed me all the interesting new things he was send for all over USA.

‘Oh, we have nothing like these in France!’
‘Why do not import them there? Here is Legend Memory president’s card: call him, tell him I showed you his product.

Will he send me also one to show?

I still see myself in the cave without window where my daughter lived, and the telephone in my hands and me trembling. But a telephone call cost lots of money from Washington to Denver! Could I afford it? I pondered for long time.

Finally I called.
The call went on about thus:

‘I want to speak to Legend President.’
‘Speaking.’
‘I live in Paris’
‘Cool.’
‘ I am now in Washington, the Apple Club’s president showed me your product’.
‘Great. Want to sell it or buy for yourself?’
‘I would like to have one, to show. Sell’
‘Are you dealer or distributor?’
I had no idea what a dealer is or what means distributor so I asked.
‘Dealer? distributor? What is the difference?’
He did believe I did not know what the words mean in English.
‘A dealer has a shop. A distributor sells to the dealer.’
I did not have a shop.
‘I am not a dealer!’
‘ Well, as a distributor you can have it at 70% off the price list.’

He has just mistaken my identity.

And, by mistaken identity, I have changed my profession, my life.

Back in Paris, I was told by a big shop’s buyer, friend of a friend, that they can buy 30 of those but only if I have a company, to make an invoice: so I founded one.

Of course, the first year, I was not only its President, but also the buyer, seller, translator, secretary and, even the cleaner. I worked 76 hours a week, but I was happy.

I liked chemistry but I love the ever evolving Personal Computer business.

So, because of a mistaken identity, from employed Research Chemist I become a company founder and Distributor of Personal Computer products.

Thinking back, many of the skills I had for Research, I needed for Distributor too. Discovering new things, researching and translating, making them known.

I also discovered some skills and identities I never knew I had in me: I buying and selling, negotiating and bargaining. We all have in us many skills that come out with time and occasion.
by Julie Kertesz - me - moi - jk at 8:48 am No comments: Links to this post