Remember when you told... with Spark London stories from your life? 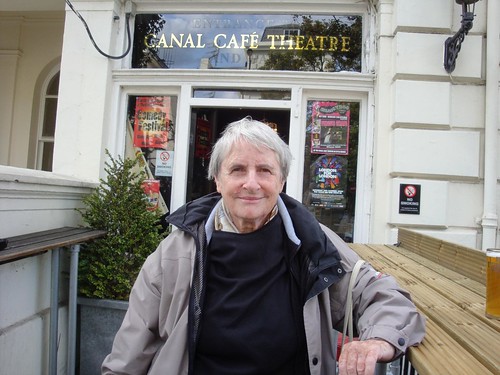 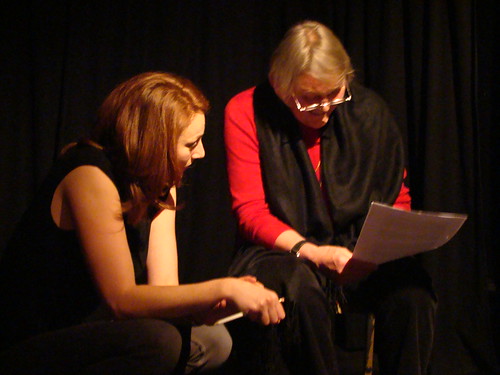 2010 Spark event "Faith" audience all around me, here some in the pause with Joanna Yates

2010 Soho restaurant, then Manchester Town hall - we all three told stories (first we met at Soho's) 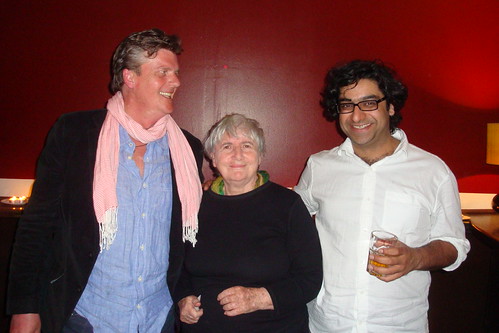 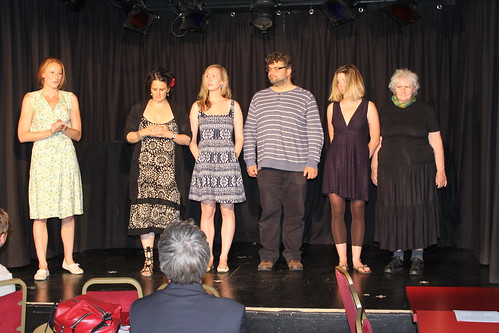 at Canal Café Theatre, London we each told a story
Mine was about the times of the Communist Terror,
my innocent father arrest when I was 16
in the middle of night, they came with heavy boots and black coats

My 16th were not sweet times, and we were looked as we had leper for month.

My father was detained 7 month with no papers against him and us not knowing where he was.
I have to find the recording of that tale or tell it again. 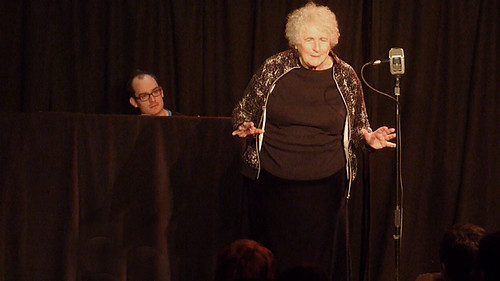 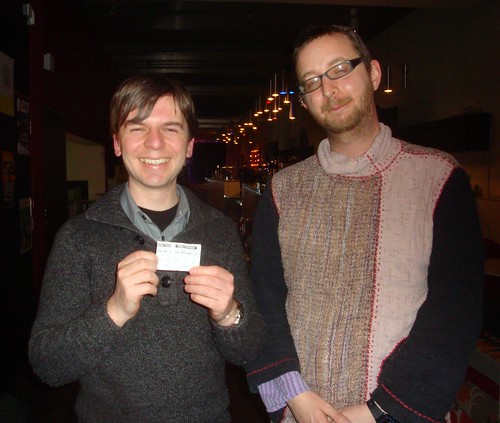 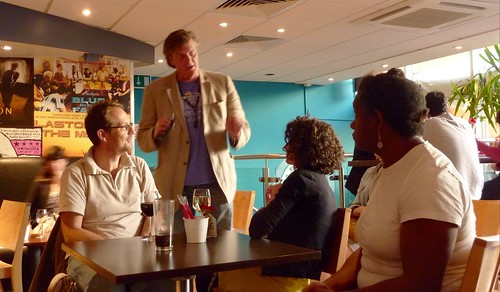 I told a story, about badly turned Vacation that time 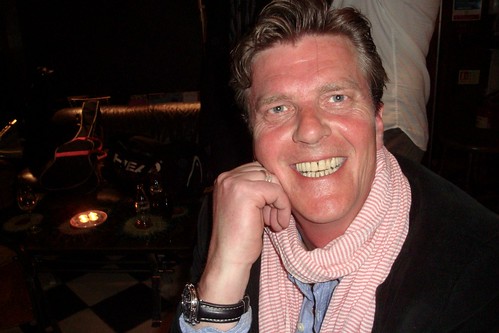 He is not only great host, but excellent Storyteller and Workshop leader
Came to our Toastmaster club and proved it delivering a great workshop
This was taken I think in a Spark event in a Soho bookshop centre London

I presume, someone has taken a photo from this year event, where I told a story a week ago, north of London new place in a theatre of a Church inside Exmouth market.
by Julie Kertesz - me - moi - jk at 12:16 pm No comments: 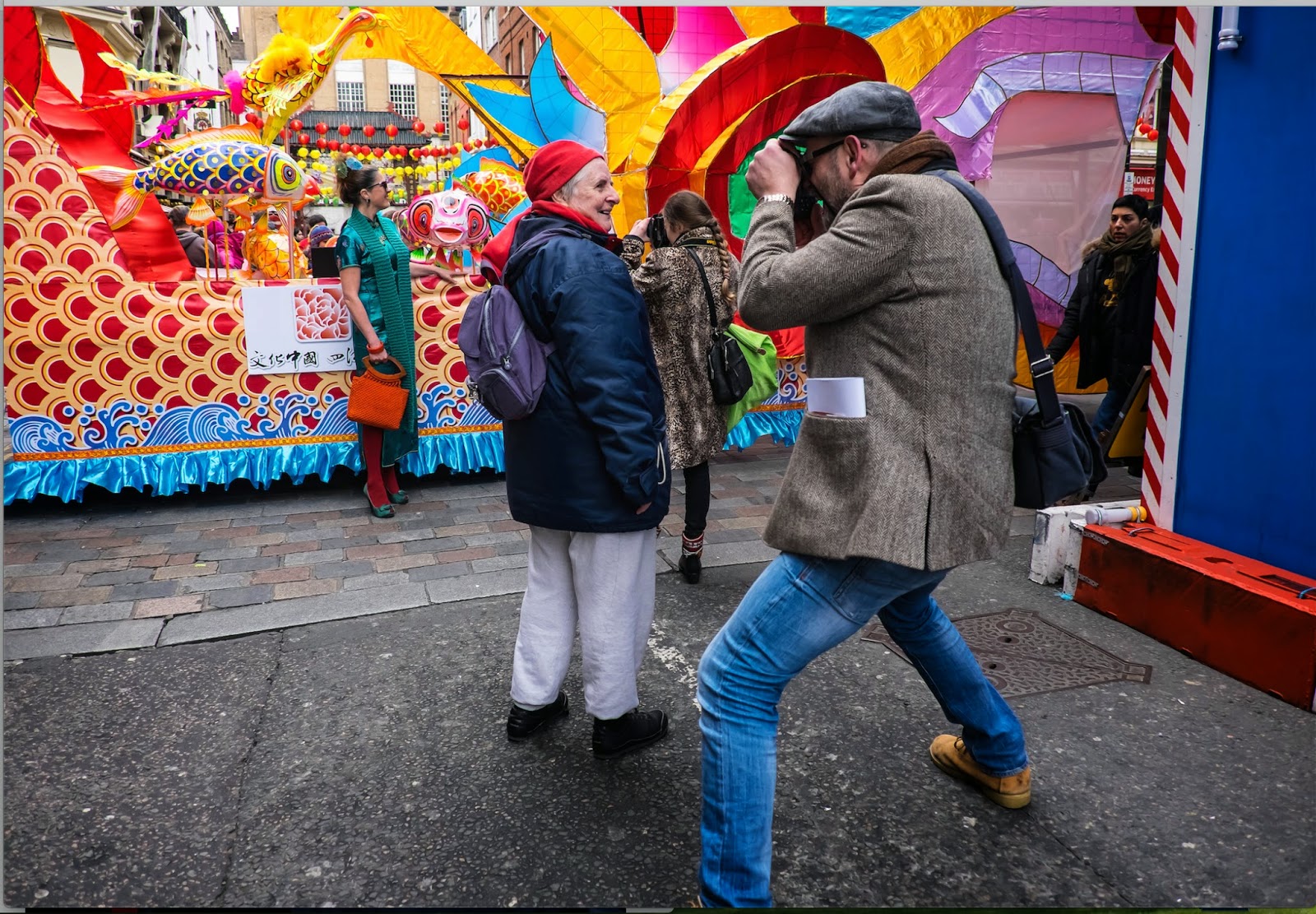 Janys took this photo of another photographer photographing me, a photographer.
She recognised my name from a group on flickr (50 plus) and was so happy we met face to face.
Here is my photo of her, after we have spoken. She is warm and nice and you can see 'likes" me. 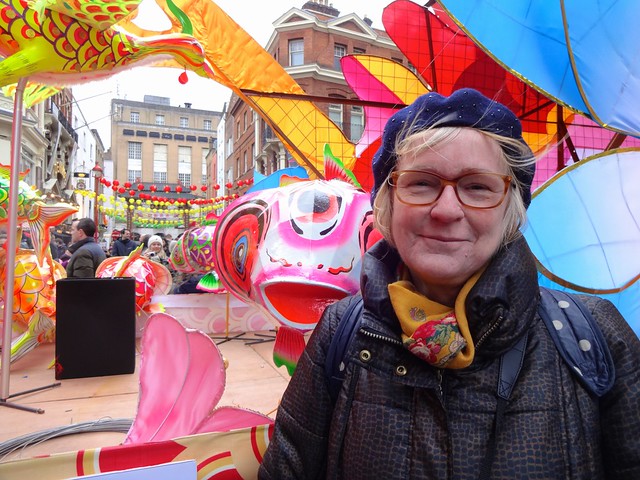 Less then 24 hours later, this photo of mine taken of Jenys enchanted to have met me, got into "bests of Flickr" and so far already 55 photographers favorited it, more then 8000 had seen it. It also brought me yesterday, 25,000 hits on my photos and new contacts to follow my images.


An image, speaks, 60 speak even better!

new book 'Visible - 60 women at 60'.  Jenny photographed 60 women who were 60 in the year their photo was taken. She wanted to explore how women at 60 see themselves now, how society sees them, what's important to them and how they feel about what lies ahead. In the book the photographs are accompanied by words."

Thanks for Lynda Abbit who published this interview through which I discovered these photos about 60 y women. http://seniorplanet.org/visible-60-women-at-60/

My french blog is all about a woman after 70 - now has ten years of running, I also proved what I set up, for myself and others "Il y a de la vie après 70" (there is life after 70)

I was 12 and she was 92, when... Listen. Told at Canal Café Theatre, told at Blackheath Theatre. As I prepared it. When I told it, after each of three stories, I added "you see, something good comes out from the bad."

And of course, told to my grand children too.

Some of my gigs, great places and audience!

Julie Kertesz, "Winner of Silver Comedy Best Newcomer 2012"
I have been to 77+ successful gigs including :