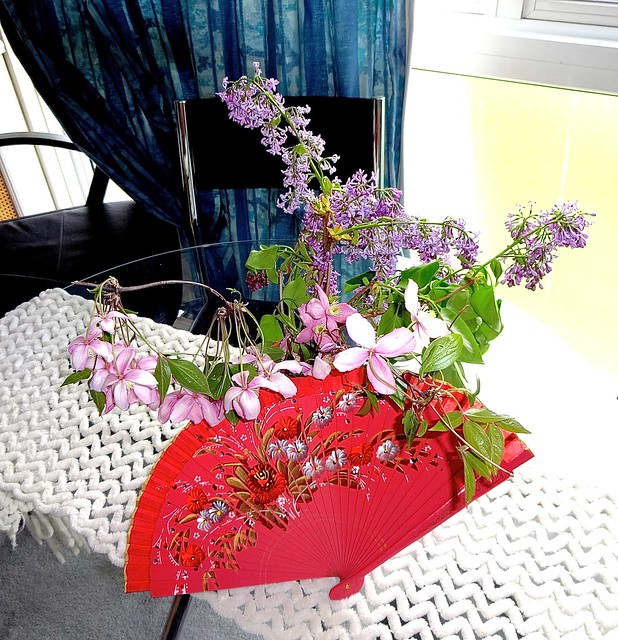 One thing is interesting, two or three put together a lot more, even more if they do not seem to go together at the beginning. Associate. This works well in photography, but as well in a story, a scene, a workshop.
by Julie Kertesz - me - moi - jk at 7:18 am No comments: "Flickriver" may show my photos on black background in interesting way, even if sometimes, I do not know how they are chosen. And I believe, each time it selects different one's, between the "most interesting" or...

Of course, one can see there photos of many others too. I like a lot how they display it. One by one, looks better in my opinion that the way one near other that Flickr decided to show them now. True, when you click on one, you can still see one by one and go to the next, and in bigger format even, but still, they are less well showcased.

How you communicate what you want to arrive to others counts.
by Julie Kertesz - me - moi - jk at 3:29 am No comments:

The morning begun with a very persuasive, authentic and funny as well of course informative speech of Freddie Daniells, on the new education changes they will come, beginning with the greatest news, the Educational and Leadership manual merges!

And more and more will be on line...


It finished with Olivia Schofield first time after 2011 in London, not only  was our wonderful touching keynote speaker telling us about her life and it's difficulties, but Monday she will give in London a two hour workshop too. What an inspiration!

We also had wonderful speeches from Mel Kelly, the Laugh and learn in Budapest Laugh & Learn - Toastmasters 2013 District 59 Fall Humorous winner on how to, then from Carsten Wendt, finalist in Budapest, winner of Belgium Humorous Contest, who gave us his magnificent speech about Stereotypes, "I am not a Latin lover" here it is as he told in Budapest, if you missed it in London.


Also our Polish past Division Governor Jakub Pawłowski, who came back all the way from Zurich, after his marathon, to speak us about "The Traveling Toastmaster".

And towards the end, the young 15 years old from Jack Petchey's Speakout Challenge, Jaymey Melvor showed us the new generation is ready!

It was a feast of Celebrate Diversity morning and full of great examples and inspiration well worth being there all the day and getting then inspired by the International Toastmasters Contest speakers.
by Julie Kertesz - me - moi - jk at 8:10 am No comments: 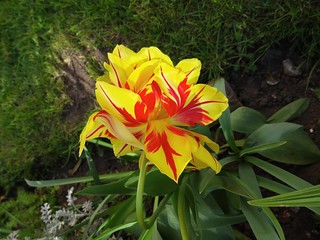 Those are not what I would think of, when I hear 'tulip' even if once I did plant some like this in my garden in France.

They are beautiful and colourful and fancy.

When I think 'tulip' what comes first to my mind are the simple red tulips, that are part of the Hungarian folk art, from my youth.

I lived in a Hungarian culture, even if it was in the then already Romanian later Hungarian and again Romanian Kolozsvar, now Cluj. The communist regime added to it even Cluj-Napoca, to underscore that very long ago Romans passed by.

For me, it is still Kolozsvar. In fact it also comes from Klausenbourg, all three names signify in fact a city with walls around. The walls are no more there, Turkish troupes passed by or only time, I do not know, only one bastion remains behind the Kalvinist church where I used to go, near the school. 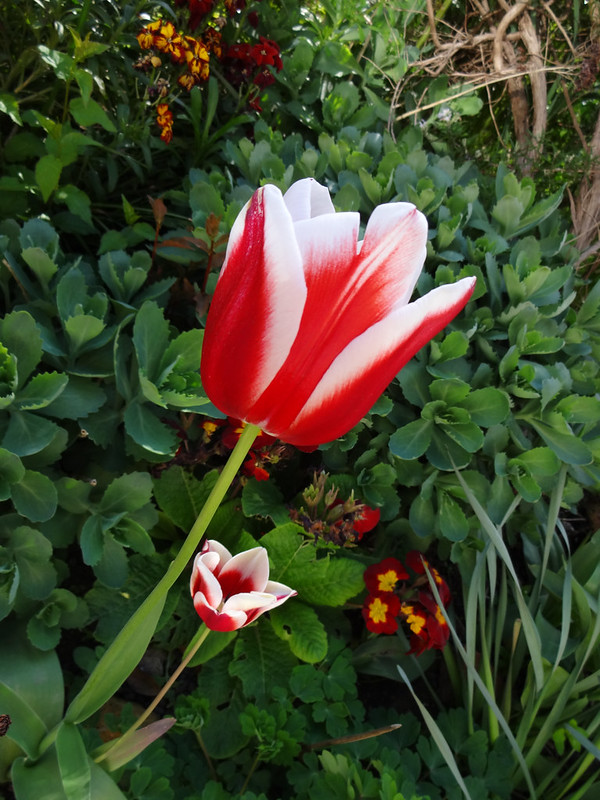 This is it what I imagine when I hear tulips. These kind I have seen, well not even in my childhood, as we did not have 'folk art' home in the city, but seen later.

I went out yesterday, and discovered ten different tulip species in the garden near the building I live, one more beautiful then the other. Each with different colour and form, characteristic, flavour.

None is 'better' or more beautiful or more 'tulip' then the other. As none of our culture and costumes characteristics are best. Just different. Vive la difference!

Saturday morning, at Freemasson's, center London with Toastmaster speakers from different countries and cultures, we will celebrate our differences. Admire, appreciate them
by Julie Kertesz - me - moi - jk at 10:51 am No comments:

Division B exceptional event on 12 April 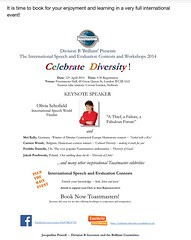 From The London Speaker blog:

On Saturday 12 April 2014 London Division B Toastmasters has a very special day for you.

In the morning we've put together a programme to represent the diversity of Toastmasters.

All telling us divers ways the joy of the diversity.


The afternoon listen applaud enjoy our Division B contest finals!

The morning fun and learning includes:


Carsten Wendt, German, Belgium. Humorous contest winner ‘I am not a latin lover’

‘Diversity of Goals’ Freddie Daniells, UK. Our ever popular and always active and dedicated toastmaster from King Cross, Past Division B Governor and District Governor, now Renewed Education Program Ambassador.
Book now at www.eventbrite.co.uk
* the 14th evening Olivia will give at the same place an interactive workshop, book also for that!
by Julie Kertesz - me - moi - jk at 4:58 am No comments: