Relaxing for a moment between takes 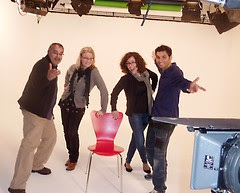 Filming for canal 4 Thinking.tv emission, the sound man, the producer, the runner, the video man, probably the names I did not got so well, in fact they did many things!

One did not only take sound but also surveyed the image on a screen, the two women asked me questions, prompted and asked sometime to tell it differently (adding the question for example) and the third also was in charge of lightening not only the filming.

From more then one hour, and perhaps half hour turning, 2 minutes will remain after editing, 'as if I told all in once' and not as if pieces are put together. 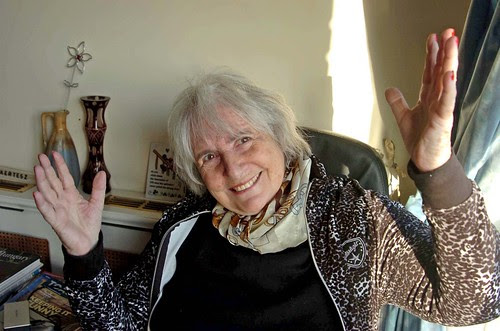